From a press release: After stopping in Northeastern Pennsylvania last year for the Infect Scranton horror convention, actor and writer Dan Yeager, who played the infamous killer Leatherface in 2013’s “Texas Chainsaw 3D,” will return to the Electric City on Friday, Oct. 30 and Saturday, Oct. 31 for various Halloween-themed events. His full schedule is […]

From a press release: A brand new Halloween-themed rock/metal outdoor festival called Hallowfest has been announced for Saturday, Oct. 24 at Nay Aug Park in Scranton, featuring music, art, food, and more. Organized by Jess Meoni, who also founded the Scranton Zine Fest and GRRRLS Night open mic, the event is free and open to […] 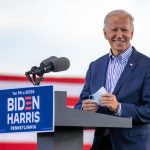