It was announced today that the Peach Music Festival will take over The Pavilion at Montage Mountain and Montage Mountain Waterpark in Scranton for the eighth straight year on Thursday, July 25 through Sunday, July 28, 2019. This follows last year’s change to July from its usual August dates so as not to conflict with […]

The fifth annual Electric City Music Conference began on Thursday, Sept. 13 with the biggest turnout for the Steamtown Music Awards yet, packing The V-Spot in Scranton and flooding its entire front parking lot with local musicians and their supporters that felt like both a family reunion and a massive party for music lovers of […] 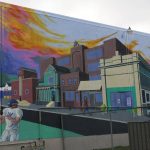