Scranton folk punk band Old Charades has been fairly quiet this year, save for a handful of shows in their hometown and Philadelphia, but that is changing today as they premiere a brand new song, “Last Days of the Wild Ones,” exclusively on NEPA Scene. The trio wrote and later recorded a few tracks in […]

With the Vans Warped Tour rolling into Pennsylvania for the final time this month, Wilkes-Barre pop punk/alternative rock band Stay Loud is appropriately releasing a very punk rock song called “FCK YRSLF” as they prepare to play Warped for the first and, unfortunately, last time as tour ends its 24-year run. Premiering exclusively on NEPA […]

As the Northeastern Pennsylvania filmmakers behind “Baby Frankenstein” begin screening their comedic drama in film festivals worldwide, they recently turned to Wilkes-Barre indie/alternative rock band Death Valley Dreams to lead the soundtrack with “Turn Out Those Eyes,” a new song with the throwback feel of an ’80s tune complete with a music video that is […]

In these chaotic times, Vulturepeak is more prolific than ever with their anarchic mix of post-hardcore, metal, and noise, releasing their second album this year alone, “Snake Body,” this Sunday, March 25 through No Less Records, with more music planned for 2018. Before the Larksville duo rips up stages with Dead Empires, Terrorize This, and […]

Today, the Electric City Music Conference is announcing the dates for its fifth annual event and premiering the 2017 aftermovie exclusively through NEPA Scene, a longtime media sponsor of the ECMC. Last year’s conference featured performances by over 150 bands from eight states in 11 venues throughout the Scranton area, the Steamtown Music Awards ceremony […] 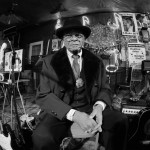 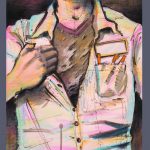